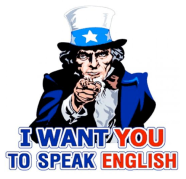 The French tend to agree they’re pretty good at most stuff, but they’ll readily concede that they’re not so good at English. However, that doesn’t mean they want to speak or hear any more of it in France.

Last Thursday, after weeks of acrimonious debate and vociferous objections by critics from all across the political spectrum, the French parliament just voted a measure allowing French universities to teach classes…in English. The measure remains controversial and will undoubtedly ignite more grumbling. Which raises two questions… Number one, what’s the big deal…with English? And number two, if the French aren’t very good at English (and they’re really not! A recent study ranks French students 23rd out of Europe’s 27 countries), wouldn’t they welcome the opportunity to expose students to more of it?

The big deal is actually with French, not English.The French consider their language a public and cultural good, a good that’s valuable not just to them but to the wole world, but one that is being threatened from all sides: by France’s shrinking influence in the world, by globalization…and by English. For decades now France has had a law on the books called the Loi Toubon that limits the amount of English allowed in display signs and the percentage of English-language songs played on the radio. Those laws do–or rather did–also explicitly require that in any French school the instruction take place in French.

The French language is treated like a soon-to-be endangered species, lavished with attention and protections (it even has its own ministry of francophonie), and upheld by militant activists who believe deeply and passionately in its preservation. There’s even an elite squadron of academics and intellectuals called the Academie Française whose very job (sanctioned and subsidized by the government) is to defend French. They petitioned against the new measure claiming “it favors the marginalization of our language.” One parliamentarian opposed to the measure opened a debate session holding up a sign, in English, asking, “Shall we speak English in this French Parliament one day?” In brief, the mood around this measure has been a little apocalyptic.

The purpose of the measure is straightforward: to make French universities a more attractive place for foreign students, especially from big emerging countries like Korea, China and Brazil. To which no one objects. Especially because it’s a source of some embarassament that France’s universities in recent years haven’t stacked very high in global indexes like the Shanghai Ranking. In a recent listing, France had no universities even in the world’s top 50. Despite its tremendous qualities, well, French is most likely a barrier to those many hundreds of thousands of foreign students.

The cool thing about this whole oddly intense debate is that the French really believe that language is a vector of power. The less French in France, the less French in the world, the less power for France. It really does come down to the idea that lots of people here (although a minority in Parliament) actually believe that words are that important. And words are certainly a refreshing alternative to, say, oil, cheap labor, terrorism or nuclear weapons–the more traditional instruments of influence.

But perhaps these French language purists feel so vulnerable, so righteous, so deeply hostile to the English-language Goliath, that they forget the essential. If Chinese, Korean, and Brazilian students uproot themselves and move tens of thousands of miles to live in France for many years, they’ll be living in French cities, eating French food, absorbing French ideas, walking in French streets, sleeping with French women and men, enjoying French healthcare, observing and possibly adopting all sorts of French behaviors, and generally falling under the influence of all sorts of very persuasive soft power. Could be worth it to the French to increase (and improve) their English a bit. Just 1%.

1 thought on “The French Are Good at Most Things. Except English.”