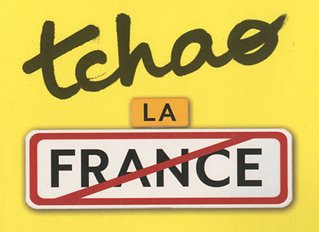 This is the jacket cover of Corinne Maier’s 2010 book giving 40 good reasons to leave France.

The worried question has been in headlines for months now. Are France’s young people being forced to leave? Every week there’s another talk show, another investigative report, another survey showing that French 20-somethings are leaving France and going abroad to work in higher numbers than ever before. And instead of cheering the entrepreneurialism of their ambitious youth, the refrain echoing in the media is, well, much more typically French: Why isn’t France good enough to keep its youth?

The fact that it’s a question at all is part of the problem in France. So young people in France are interested in seeing what the rest of the world has to offer? They think that there might be interesting jobs, exciting experiences, money to be made, a better immediate future elsewhere, outside of France…So what? Why so much shameful soul-searching?

The shame and the handwringing—oh, the opprobrium of an expatriated youth!—is rooted in another tacit belief about France, one that goes deep into the identity of this country which has always been a land of immigration and a not emigration (unlike Ireland, Italy, or Spain, there has never been a French diaspora). The belief is that there is no good reason that you should you want to leave France.

The French seem to be experiencing this trend of youth expatriation as a kind of slap in the face, a reproach to its image of itself as an irresistible land of opportunity capable of nurturing a successful elite. Today, there are over 150,000 18 to 25-year-olds living abroad. The French could view it as a salutary leap onto the globalization train, with its best and its brightest going out into the increasingly borderless global economy. Instead they’re wondering why the best and the brightest just don’t want to stick around anymore. 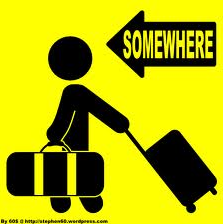 Somewhere that is not France is where 150,000 young French people have immigrated.

But the question of what’s wrong with France isn’t just a question of pride. The reality, aside from this French crisis of identity—What? Pastures are greener elsewhere?—is that that there are very real reasons that the bright young things of France want to leave, and it’s not just to get a flavour of the great wide world. And France should be worried about these reasons.

First, there’s the level of youth unemployment in France, with 25% of the French under the age of 25 who are jobless. That means that fully one quarter of France’s youth can’t get a first job. But the European average for youth unemployment is actually not much lower, at 23,3%. So, arguably, that problem is not a uniquely French one. (In Spain, it’s 50%, in Italy, 40%).

The uniquely French aspect of its youth’s expatriation is that a disproportionately large number of those leaving are highly-educated graduates: 12% have a PhD (when only 1% of all French youths have a PhD), 41% have a Master’s degree, and over a third have at least one to three years of higher education. So it’s not so much that 25% who are registered as unemployed who are leaving—that would make sense, and France might have an easier time forgiving itself and blaming the economic crisis.

Instead, the expatriates are a much smaller percentage of its elite, freshly graduated and, theoretically, highly recruitable. Except they are choosing to start out in life elsewhere. In part it’s because they want to seize the wonderful opportunity to broaden their horizons and see the world—no offense to France!—and they can, precisely because they have prestigious degrees, access to the know-how, and the professional networks to get a job abroad. 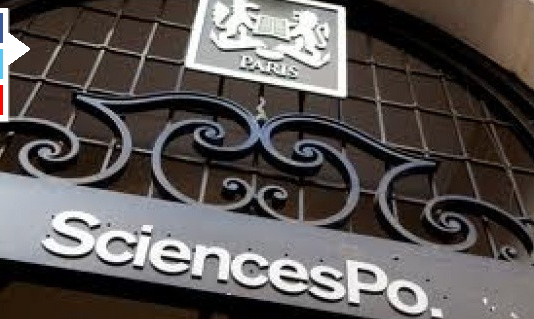 Sciences Po, one of France’s elite universities, whose students are probably choosing to go abroad.

A few weeks ago, I moderated a debate at the university of Sciences Po—one of the prestigious French institutions whose graduates are going abroad—whose topic was, “Is France a country one must leave at all costs?” The panellists—who included Helene Conway-Mouret, the junior minister in charge of French nationals abroad—all agreed that was preposterous. They agreed that certainly youths are leaving, but mainly by choice, and that it is a good thing.

But there’s also a much more disgruntled portion of this expatriating population.  And undoubtedly it’s their story that’s keeping the question going in the media. These young expatriates say they don’t feel they have any choice but to leave, claiming that only the graduates of France’s most elite traditional institutions are getting good jobs. That opportunities offered are few, poorly paid, below the level of responsibility that their educational background might justifiably lead them to expect.

They describe a professional world that is, for the most part, conservative and risk-averse, a culture that expects them to work their way quietly up through low-paying junior jobs for years before, by virtue finally of seniority acquired, getting a chance at something more ambitious.

What’s pushing these kids to leave is simply the impression that it’s not going to happen for them in France, because France isn’t a happening place. There is an ambient sense of a lack of dynamism, of creative energy, of risk-taking and giving the improbable-but-promising a chance. It’s this culture that they’re not finding in France and that they’re seeking elsewhere. 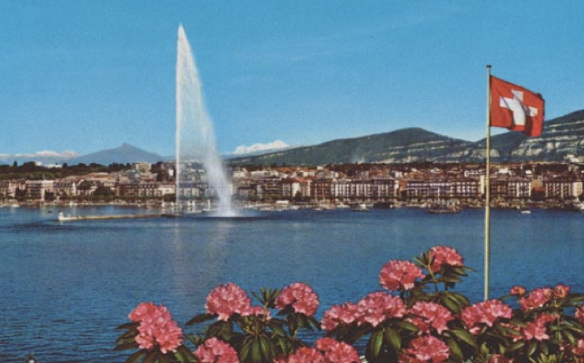 The preferred destinations are Switzerland, the United Kingdom and Germany—not really destinations where you go in search of exoticism. They are places that, professionally, offer a sense of opportunity and sheer possibility that this self-conscious and handwringing nation had better start figuring out how to create.

Right now, a majority of the French expatriates polled plan on coming back. But coming back to what? That’s what France should be worrying about.

2 thoughts on “Is the Rumor About French Youth Leaving France Really True?”